The vast majority of games that are decided by last shots are won on put backs ‐‐ NOT the shots. Do not watch the flight of the ball to see if the shot is successful or not. Defensively box out! Offensively go to the boards

When Behind Late In Game

The clock is the enemy, not the opponents. Seconds are precious. Every effort should be made to prevent time from running off the clock. By proper use of time outs and fouls the last few minutes of a game can be an eternity so don’t ever give up.

When Ahead Late In The Game

The clock is your ally. Do not stop it (unless in very serious trouble). Be sure that players know how many timeouts are remaining and if they have a foul(s) to give. Being aware of the timeout and team foul situations can make the difference in winning or losing.

Do Not Leave Winning Close Games Up to Chance.

1. Save your time outs. You need a minimum of two at the end of close games. Communicate: be sure that all of your players know the timeout situation.

2. With 1-3 seconds remaining you must take a time out.

Note: Sometimes the opponent may take the time out after a made shot or free throw first. Obviously, the most difficult last shot situation is when the ball is out of bounds in the back court with only a second or two remaining. However, with a little foresight and preparation teams can execute plays that can result in a decent shot.

4. Counter break. With 3-4 seconds remaining you can push the ball up the court after opponent scores. Most teams will celebrate and relax so take full advantage of this quick break opportunity. Also, remember that a time out will provide the opponent with an opportunity to set their defense.

5. On dribble penetration, if at all possible, the ball handler should dribble down the middle of the court and take shot straight in line with the basket rather than from a sideline.

6. Have entire bench stand and count down clock.

7. During an actual game, have someone go to scorers bench and remind the timer not to start clock until ball touches a player inbounds. It is also a good idea to remind the officials to make sure the timer does starts the clock properly.

8. Practice last shot plays from both right and left side of the court.

9. Developing and refining passing skills should play a significant role in every practice. Do not expect your players to make skip passes or baseball passes if you do not constantly work on them.

A tough, season ending lost, where a single bad play or bad call made the difference of winning or losing, can be a very harrowing and devastating experience. Although a lost of an important game is certainly disappointing and frustrating, it should not be catastrophic.

If not appropriately addressed, end of game failures can result in severe traumatic, lifelong emotion injuries. Therefore, it is imperative that coaches understand the importance of comforting, consoling, and restoring a player’s confidence making sure that the player realizes that failure can be a good learning experience for things to come, not the end of the world. Don’t let the results of a single game spoil a season of accomplishments.

A great example of a coach’s recognition and appropriate response to a potentially devastating situation occurred in the North Carolina/Georgetown NCAA Championship game in 1982. In the final seconds of the game, Georgetown lost a golden opportunity to win the game and NCAA championship, when Georgetown player, Fred Brown, mistakenly passed the ball to James Worthy of North Carolina. Immediately at the conclusion of the game, Georgetown’s coach, John Thompson, went out onto the court put his arms around Fred and comforted and consoled him.

This is what coaching is all about. It is all about the players not the coach or the coach’s record. As long as players give their best effort, they will be the real winners regardless of the score. In every post-season tournament and play-offs, there is only one happy team.

Join the HoopTactics’ Team and Gain a Competitive Advantage

Annual membership is only $39.95. HoopTactics is a comprehensive resource designed to greatly enhance your basketball knowledge and expertise. It is comprised of a multitude of in-depth, easy to understand, graphical presentations that take you through the inner-workings of hundreds of proven strategies in great detail. Whether you are looking for new ideas or just looking to refresh your memory, you will not find a better basketball resource. Guaranteed! Learn more about Premium Membership  – Click here to visit HoopTactics 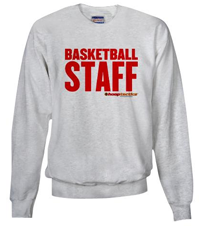 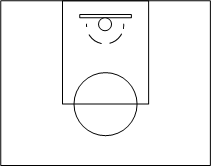