To be successful players must gain a working knowledge of the game. What, when and why should be very clear and specific. Learning is best when it includes activities using as many senses as possible. Learners remember 10% of what is read, 20% of what is heard (75% is forgotten after 2 days), 30% of what is seen (majority of learning), and 50% of what is heard and seen. Different players learn in different ways and rates. Encourage players to learn individually, in pairs and in teams. Learning is further enhanced when it is relevant and fully understood by the learner, such as the importance of boxing out on rebounds. Learn More – Click Here

Coaching: Knowledge of the Rules

The Horns offensive set is designed to better utilize basic Mid Screen/Roll action.  By deploying a second high post screener, it provides the ball handler the option of driving off a screen in either direction. Since screens are available on both sides, unlike it’s cousins the Mid Screen and Side Screen, the Horns offense cannot be disrupted by simply influencing the ball handler away from the screen. With both screeners high, all off-ball defenders are in first pass denials making it very difficult to help out against dribble penetration. When the defense does try to help, it creates open shot opportunities for the spot up shooters. View details – Click Here

A tenacious defensive player will never let up during the entire game. He is a workaholic. He challenges every shot, pass, dribble, and cut. A team with this attitude will win the “big” games, and championships.

This is the foundation on which Disruptive Pressure Defense is built. Preventing the other team from scoring is just as important as points scored. Every blocked shot, every bad pass, every rushed shot, every turnover, and every disrupted offensive pattern are vital to the outcome of the game. To learn about Defensive Stops – Click Here

“Defensive Stoppers” a vital part to any championship hopes. 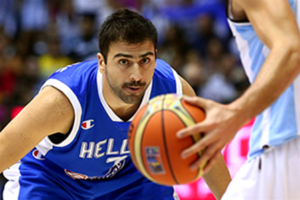 Like shooters, stoppers aren’t born and just don’t happen. They must be development and supported. Successful Defensive Stoppers are a result of having solid on and off ball defensive fundamentals along with a strong attitude and relentless determination. They are highly challenged and motivated when it comes to stopping and frustrating the opponent’s leading scorer. They thrive on the responsibility and opportunity of denying a good shooter a last second shot opportunity. However, this attitude and self-confidence must be created, fostered and supported by the coaching staff throughout the season.